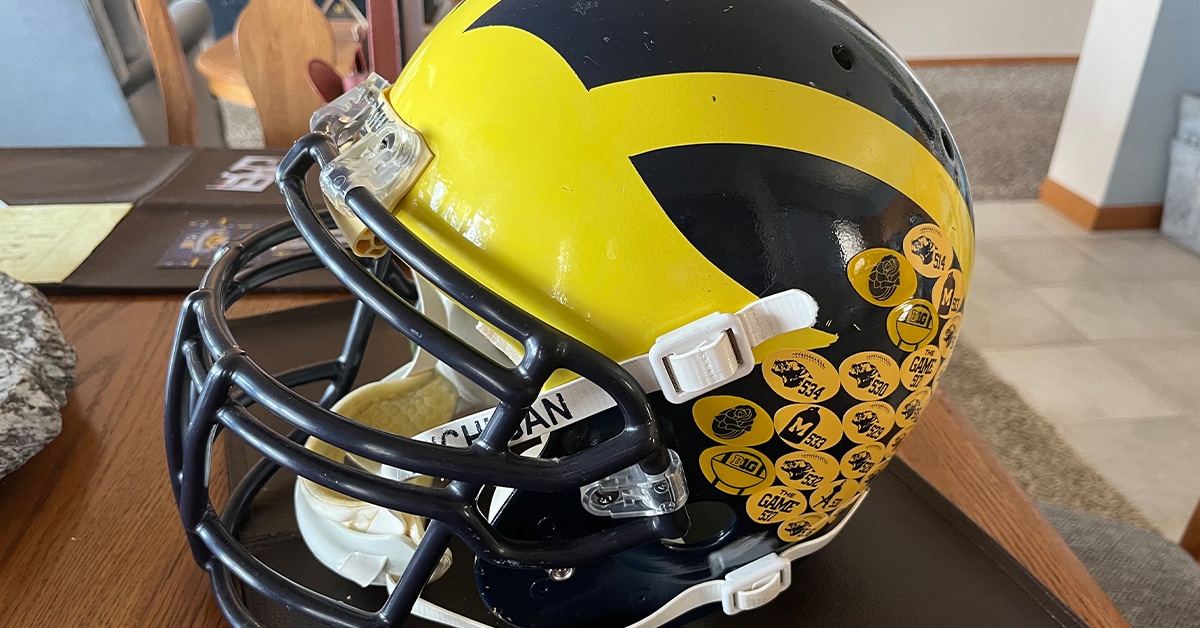 Wow, I can’t believe it’s been June 4th since I last posted. It’s been a busy summer so far, and hanging out on the computer has been on the back burner.

Anyway…just wanted to thank you all for the kind comments following the June 2nd event for Dan Dierdorf and myself at Laurel Manor. As I last posted it was a great event….big Thank You to George Pryzgodski, and Linda Kato of the Football Alumni of Michigan….and the U of M Club of greater Detroit.

We were given a lot of nice things, and people said a lot of nice stuff, and we are very grateful, but the Michigan Athletic Department of Warde Manuel, Jim Harbaugh, with Dave Ablauf and Chad Shepard adding big assists were off the charts.

One of the things Dan and I will cherish from the night are game worn helmets with very meaningful stickers attached. The Athletic Department team went back in our careers and found the games Dan and I played in and won and added the stickers with the number of the victory in Michigan history. The stickers include “The Game” for Ohio State wins, A Paul Bunyan Trophy for MSU wins and a Brown jug for Minnesota wins and of course a “BIG TEN” for a Big Ten title. It was very special to Dan and I because it’s personal. It’s a memento with our small part in the Michigan Football legacy commemorated on the winged helmet. Really nice, and I wanted to share how thankful we are to Michigan to put this together for us. Go Blue!

Hopefully won’t be so long between posts as I figure out what to do while running around retired! 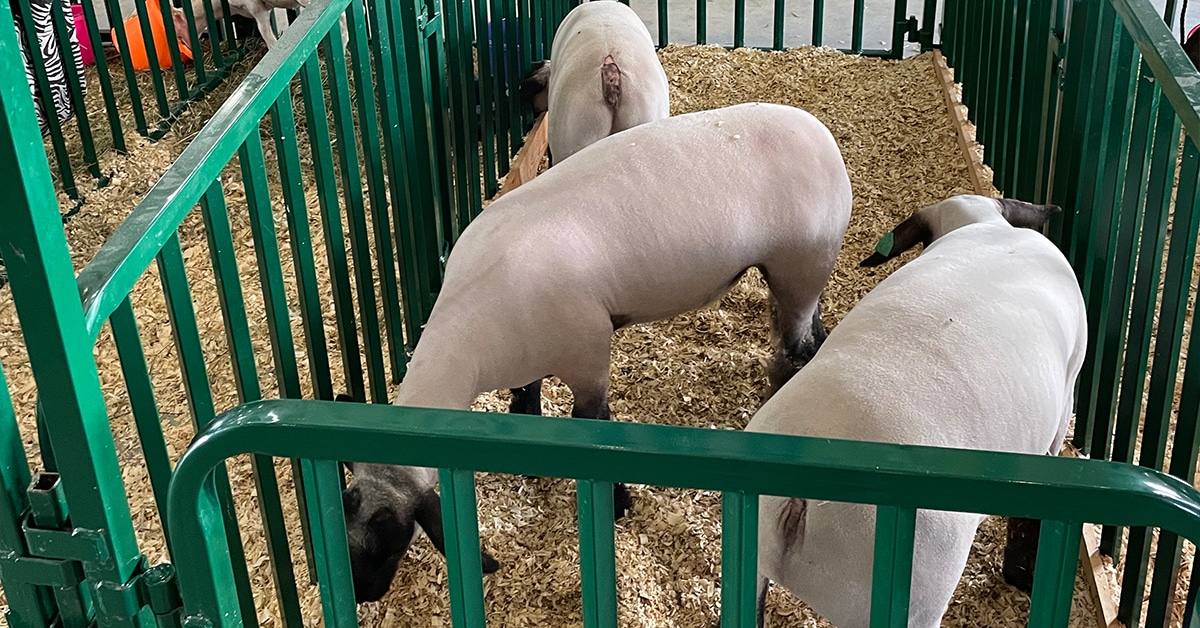